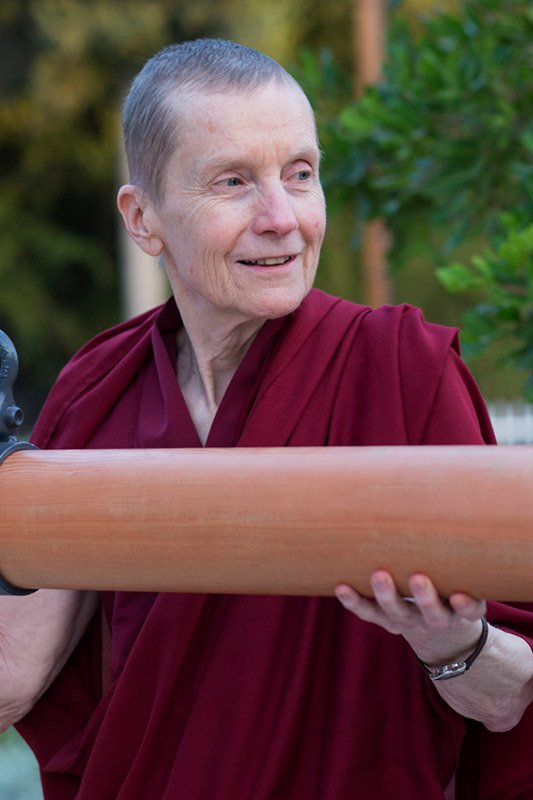 was born in California, and took her first courses in Buddhism in Dharamsala, India in 1973. She was ordained as a Buddhist nun in Kopan Monastery, Nepal, in 1974. She has studied Buddhism with various teachers such as Lama Zopa Rinpoche, Lama Thubten Yeshe, and His Holiness the Dalai Lama. At the request of her teachers Ven Sangye Khadro began teaching in 1979, while living in England, and since then has taught in many countries around the world. She was a resident teacher at Amitabha Buddhist Centre, in Singapore, for 11 years. In 1988 Sangye Khadro took the full ordination (bhikshuni) vows. She is the author of two books published by Wisdom Publications, How to Meditate, and Awakening the Kind Heart. She completed the Masters Program in Buddhist Studies at Istituto Lama Tsong Khapa, Italy, in 2013. She is a faculty member of the Human Spirit Psychoanalytic-Buddhist Training Program in Israel, and since early 2016 has been resident teacher at the Center for Wisdom and Compassion in Copenhagen, Denmark.

Tenzin Chodron is a Buddhist Nun in the Tibetan tradition who, since ordaining in India in 1999, has studied Buddhist philosophy at Chenrezig Institute in Australia, while living within the Chenrezig Nuns Community. During this time she has worked with Karuna, a home-based hospice service offering end of life care in the community and education on death and dying. Chodron is involved in both the clinical aspect of care with the dying and their families and also presents training courses in Spiritual Care With the Dying, in addition to courses in Buddhism. In earlier years Chodron received degrees in sociology and social work, focusing as a social worker and group facilitator particularly with indigenous communities in Australia. She also studied and practiced both Psychosynthesis and within the Theosophical tradition before travelling to Tibet and embracing Tibetan Buddhism. She is a Registered Teacher with FPMT (Foundation for the Preservation of the Mahayana Tradition). 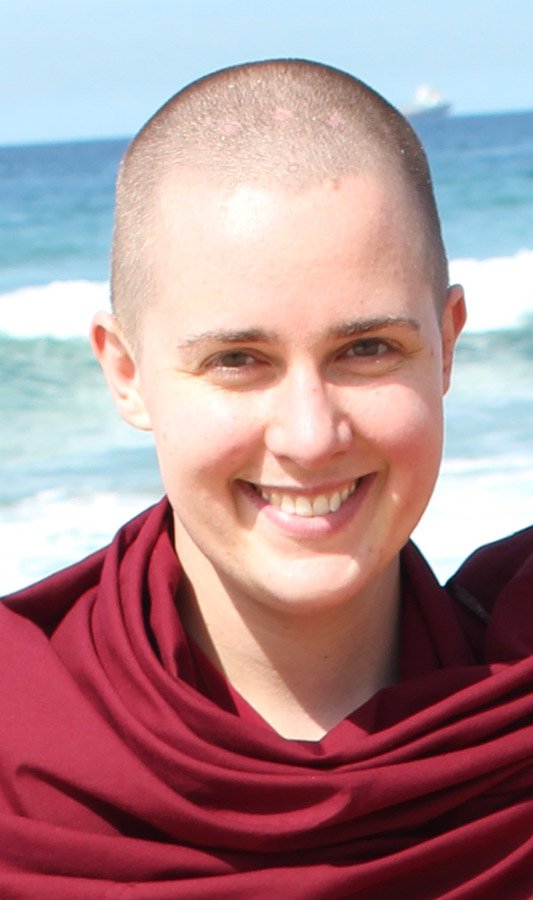 Venerable Lozang Yönten is an American-born Buddhist nun in the Tibetan tradition (Geluk), ordained in 2003. She studied and practiced Buddhism in the United States from 1995 – 2002, after which she moved to Australia and engaged in full time study of Buddhist philosophy and practice at Chenrezig Institute (www.chenrezig.com.au) from 2002 – 2009 with Khensur Rinpoche Geshe Tashi Tsering, the recent Abbot of Gyurme Tantra College.

She went on to study at Thösamling Institute in North India with Geshe Tsewang Nyima and later at Chandrakirti Centre in New Zealand with Geshe Jhampa Tharchin as well as a series of in-depth Vinaya trainings in Taiwan, where she become a fully ordained Bhikshuni (Gelongma) in 2011.

In 2012, having completed the formal study and examination process, Venerable Yönten became a Registered In-Depth Teacher within the Foundation for the Preservation of the Mahayana Tradition (www.fpmt..org) and now offers service by giving classes and facilitating retreats in many Dharma Centres around the world. She is currently the teacher in residence at Mahamudra Centre for Universal Unity in New Zealand (www.mahamudra.org.nz) as well as being the International Mahayana Institute (www. www.imisangha.org) representative for Australia and New Zealand.